Buyers are rushing back to the market, but housing remains in short supply | Blend
Skip to content

Buyers are rushing back to the market, but housing remains in short supply

Blend President Tim Mayopoulos recently appeared on CNBC’s The Exchange, where he was interviewed from his home office by host Kelly Evans. 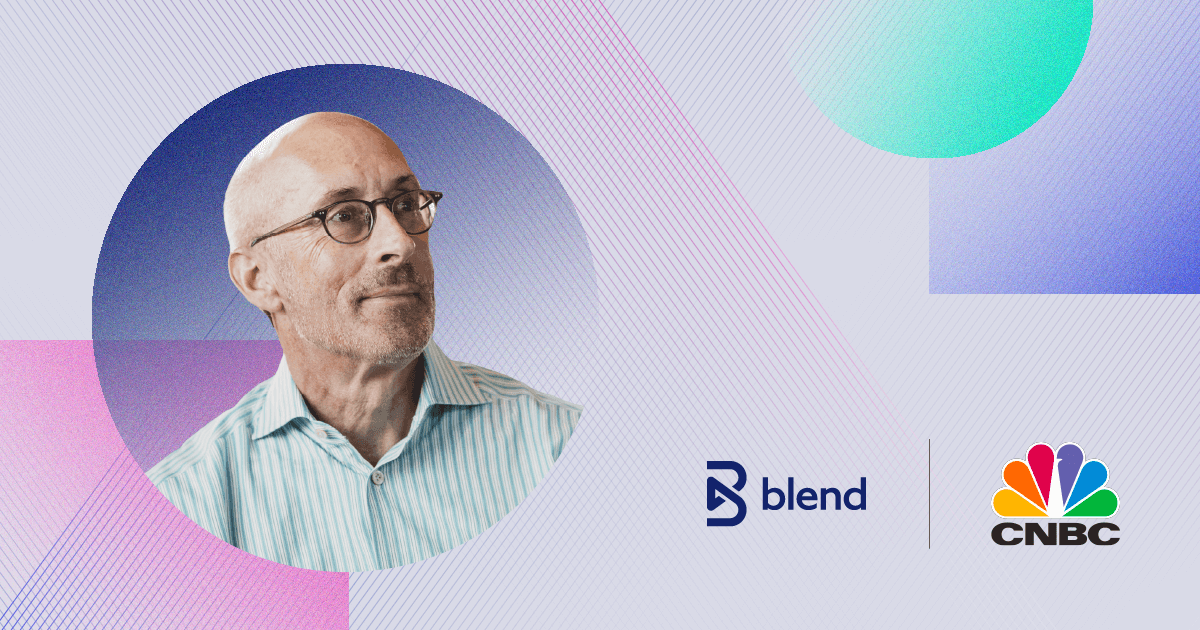 As the U.S. economy continues to struggle and job losses mount in the wake of the coronavirus pandemic, the housing market is showing surprising signs of resilience.

Purchase applications rose 5% during the final week of May and are up 18% compared with the same time a year ago, according to the Mortgage Bankers Association. Refinance applications are up 137% year-over-year.

But critical challenges persist on several fronts, including a severe housing shortage that predated the pandemic and has made it difficult for consumers to find affordable housing in many regions. In addition, millions of jobless and cash-strapped Americans have requested mortgage forbearance under the government’s CARES Act, putting further pressure on lenders.

It was against this backdrop that Blend President Tim Mayopoulos recently appeared on CNBC’s The Exchange, where he was interviewed from his home office by host Kelly Evans. Tim is a frequent guest on the program and last appeared in October 2019, when he discussed the housing affordability crisis.

Tim Mayopoulos on CNBC’s The Exchange

“And then, when the economy shut down, not only did sellers pull their listings, but those about to list in the usually busy spring market put that off. So supply basically fell off a cliff in April. New listings are still down 20% annually and total listings are down 22%.

“The builders were clearly unprepared for this quick recovery in demand,” Olick added. “This is going to make the market increasingly expensive, especially at the entry level, where demand is the strongest.”

Homebuyers are returning to the market

Evans: “Tim, it’s good to have you back. I am curious what you make of the surprising strength in the housing market right now.”

Tim: “It’s good to be back with you, thank you. This has been a pretty remarkable story. Going from March into April we saw a dramatic increase in unemployment unlike anything we’ve seen since the Great Depression. The number of people asking to stop making payments on their mortgage loans climbed to over 8%. That number was less than 1% in March.

“And then, as Diana noted, the number of listings in the market had fallen back significantly.

“But there are some really good signs of a rapid recovery here. Low rates have kept refinance activity very high. And purchase activity has really started to rebound. We’re seeing more sellers putting their properties on the market and more buyers coming out to buy.

“Certainly the data I’m looking at, including data we have at Blend, shows that purchase apps fell off quite significantly from March into April, maybe down 30%. But by early in May they were back up where they were in March and now they’re another 20% to 25% higher than that. So it looks like people are coming back to the market.”

Evans: “I’m curious about another aspect of the mortgage market that’s been a big source of concern. Mortgage forbearance, which, of course, was meant to help people throughout the pandemic, and there was big demand immediately — which threw the mortgage market into some disarray — but it’s really slowed down substantially. I suppose we have to take that as a good sign. I just wonder after this program is up, what happens if people run into trouble later in the year, next year, and so forth. Will the government do anything like try to bring it back, or is this a one-time thing and we hope maybe that was the worst of it.”

Tim: “It is somewhat encouraging to see the number of new requests coming in slowing down. Hopefully that means people are feeling more stable about their employment situation.

“But I can tell you that lenders, certainly lenders that we work with at Blend, are preparing for a potential wave of delinquencies. So they’re getting ready to modify loans if they need to and trying to streamline that process. To use some of the lessons we’ve learned from the last crisis to get people back to the rates and terms they can actually afford to pay. So I think we’ll see a wave of loan modification activity coming at us in the coming months.”

Avoiding the consequences of the last crisis

Evans: “With the wave of foreclosures after the last crisis, you had investors coming into the market and now a lot of those homes are rental properties. Many people today are looking for homes to purchase. Do you think we can avoid another round of foreclosures this time around, avoid losing more of the housing supply to rentals?”

“I’m not saying there won’t be foreclosures, that’s certainly a risk. But the mechanisms to avoid that are well-established now and can be implemented relatively quickly.”

With so many factors up in the air, what’s coming next isn’t clear. We’re prepared to help lenders tackle upcoming challenges, including streamlining loan modification processes if delinquencies surge. Our Digital Lending Platform, built to provide lenders with the flexibility to rapidly adapt to the climate and the needs of their customers, enables us to function as a true partner to lenders.